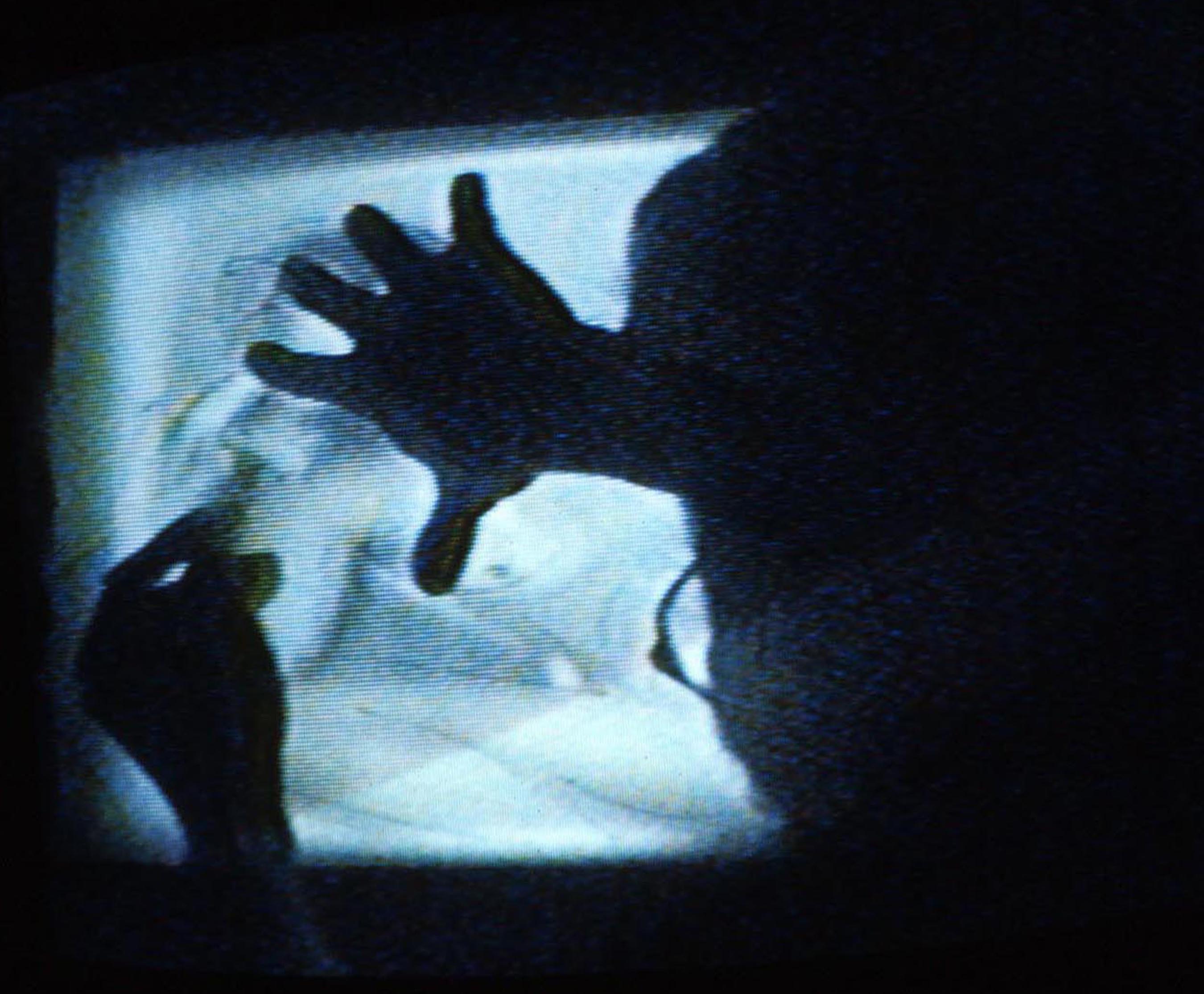 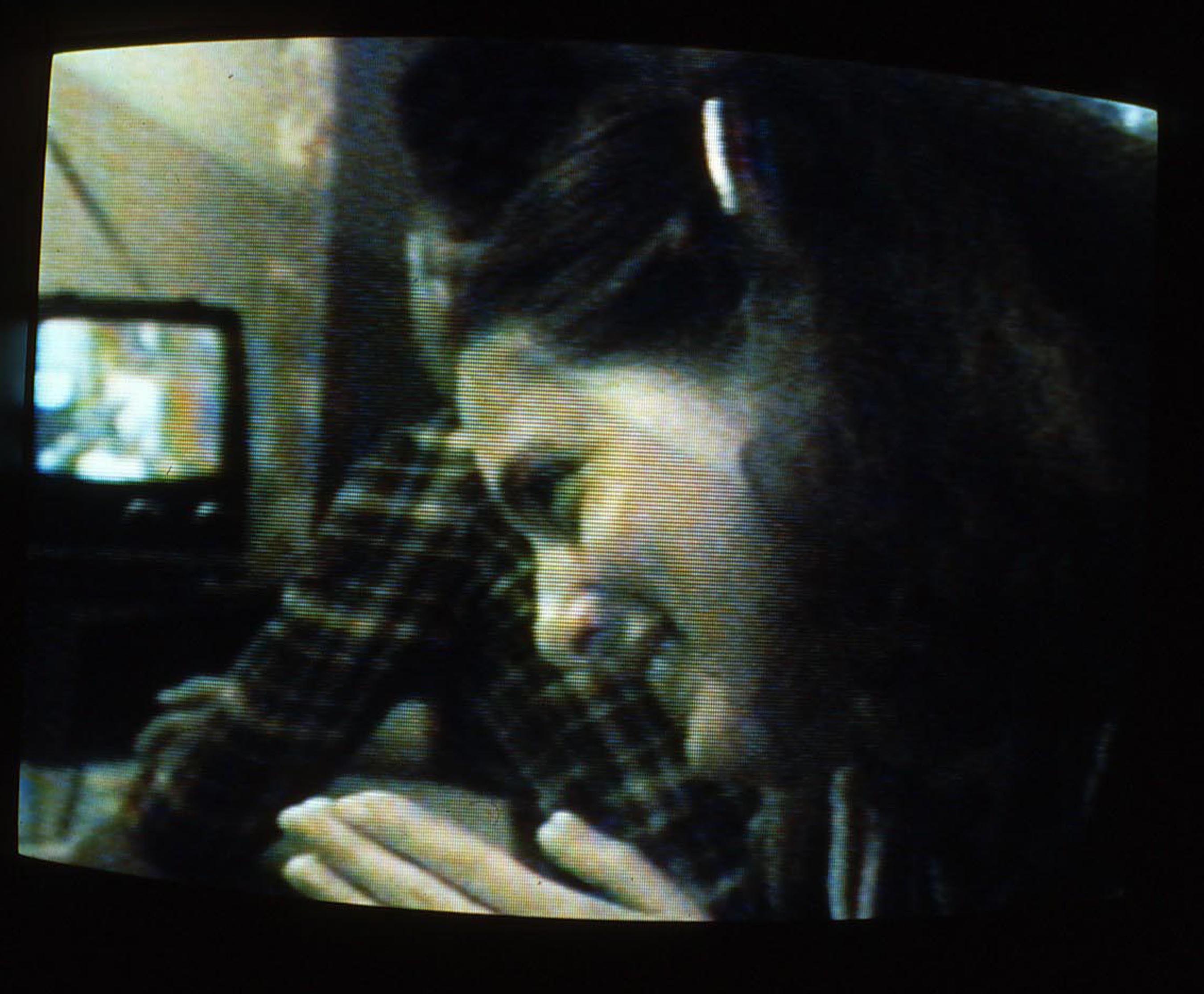 The Olympic stadium, Montreal, as an eye without an eyeball.
The simple act of putting the finger in your own eye. Sisyphus on the track. 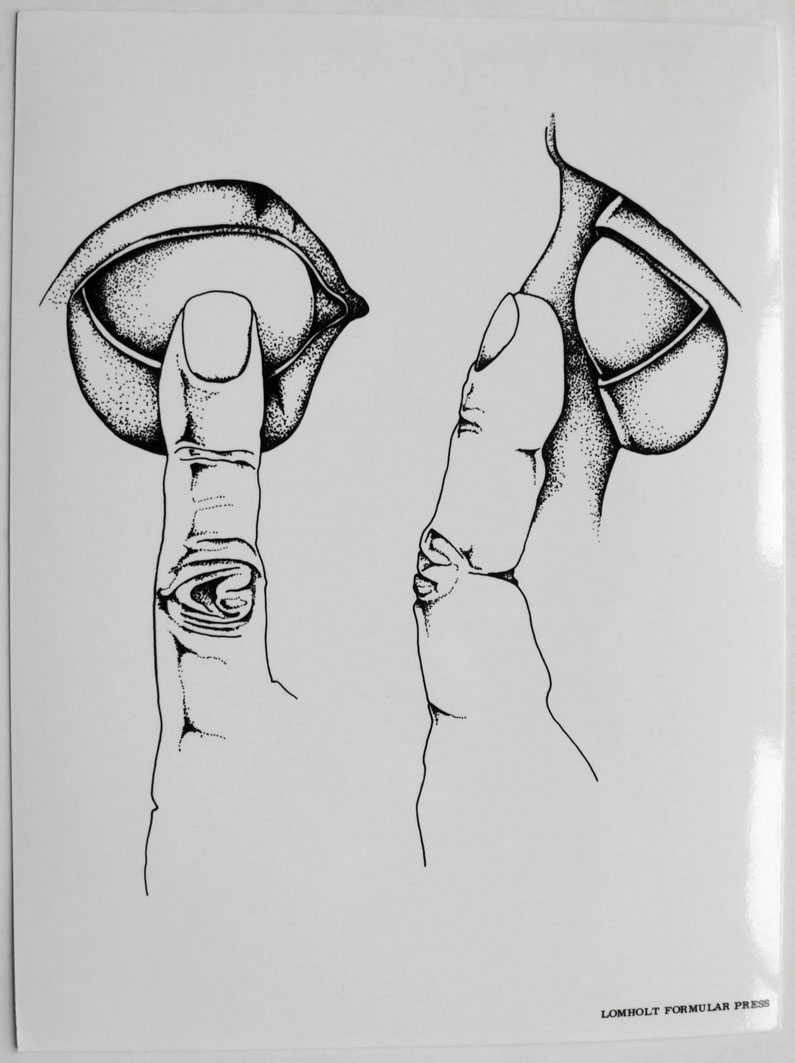 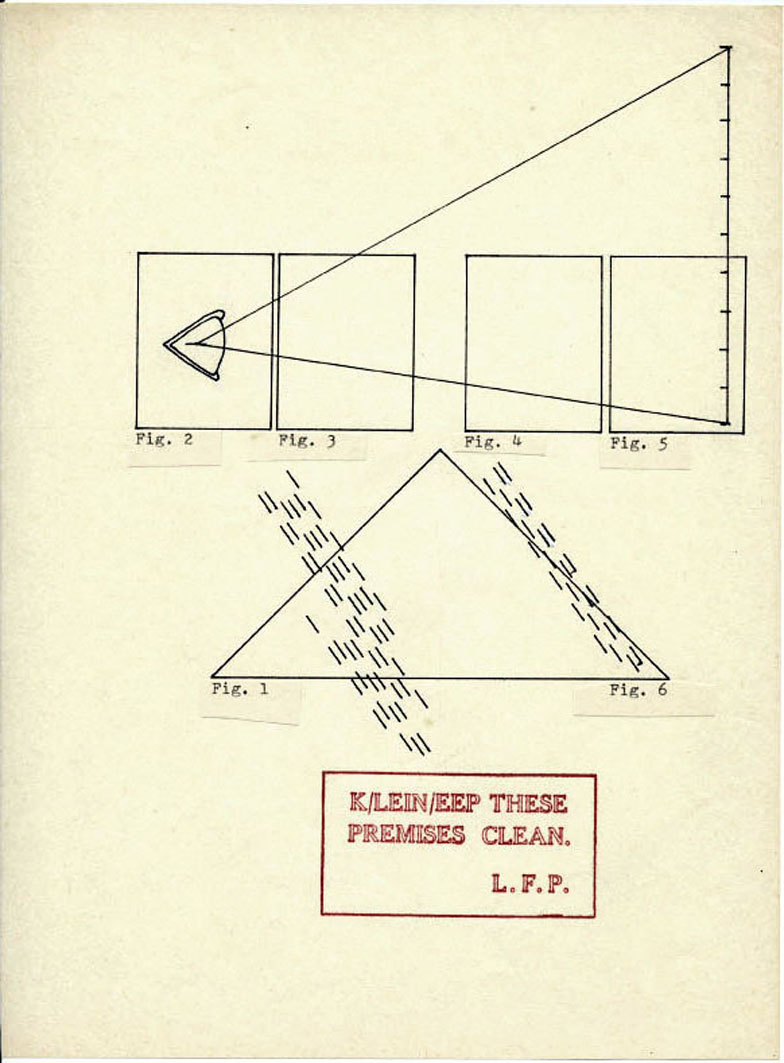 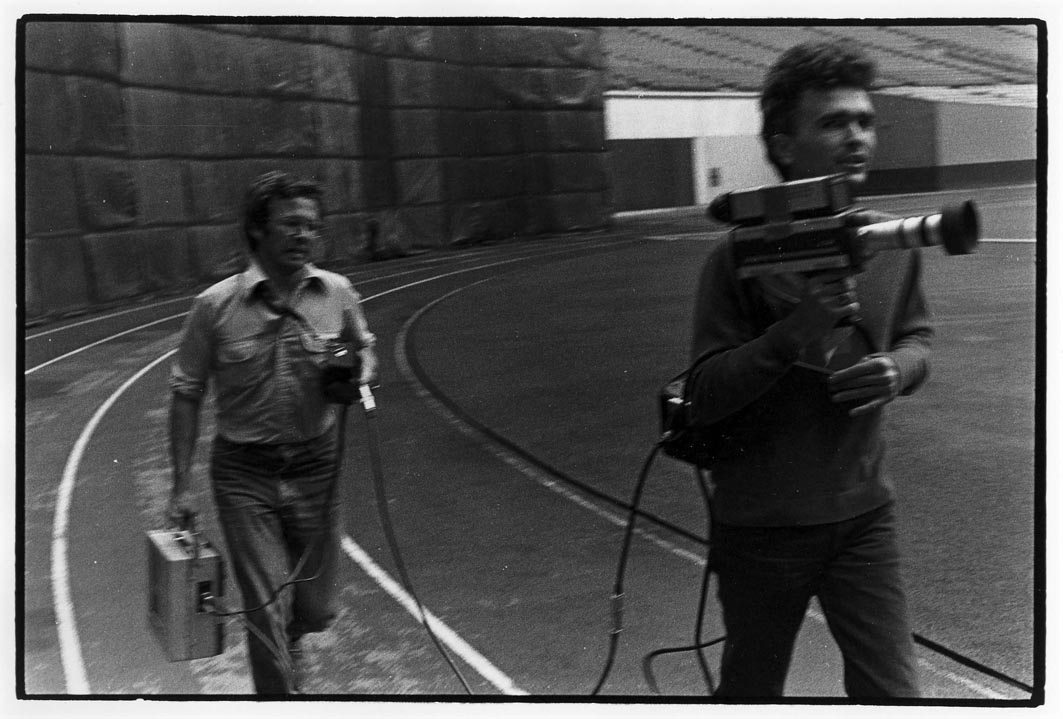 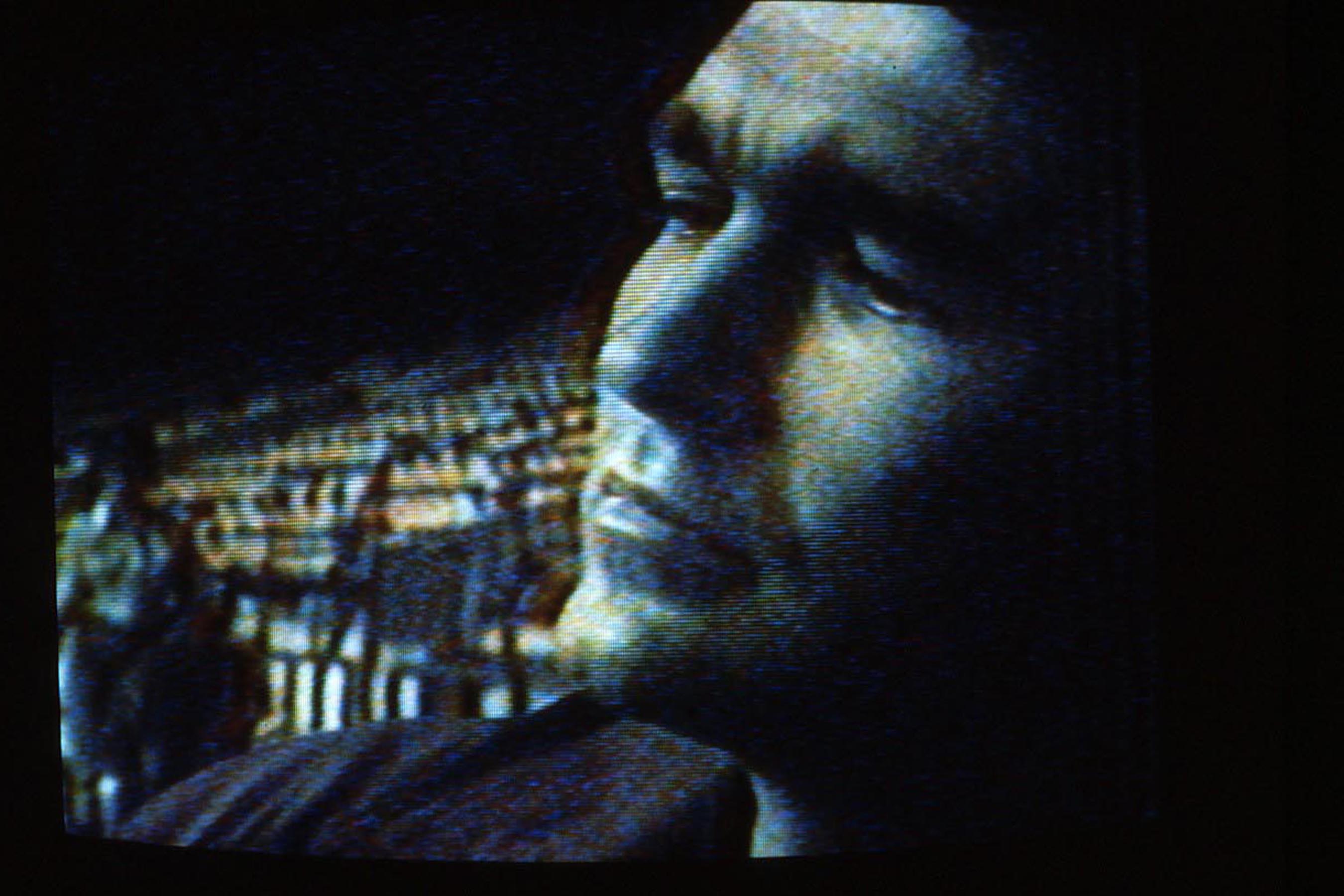 To tie a Solidarity tie and stay in the box. Tap, tap.
Hear me, hear me.
Politics and being, video and becoming.
Conceptual life, conceptual video. 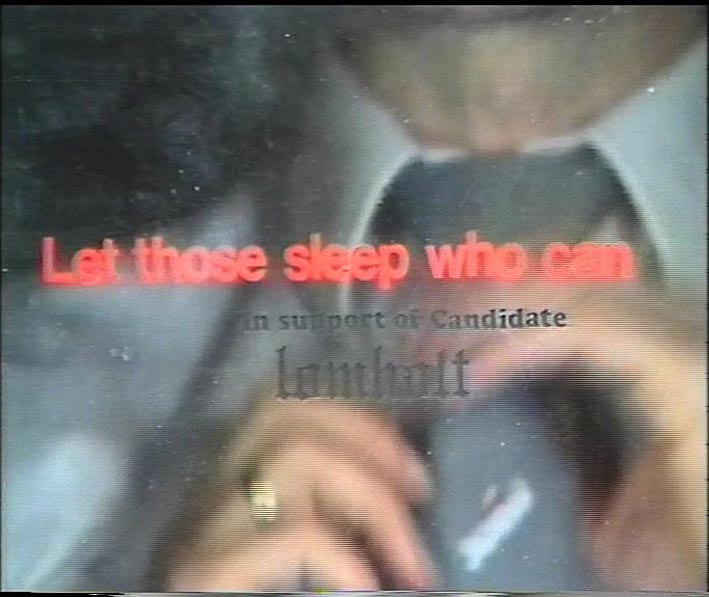 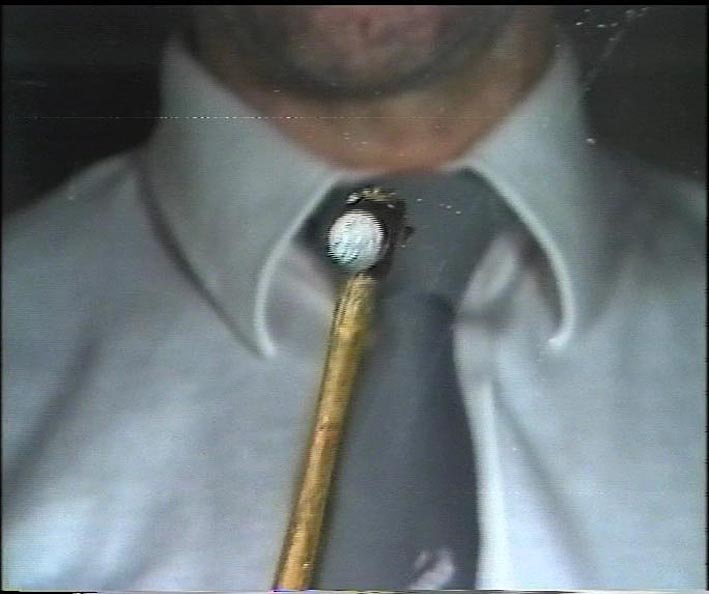 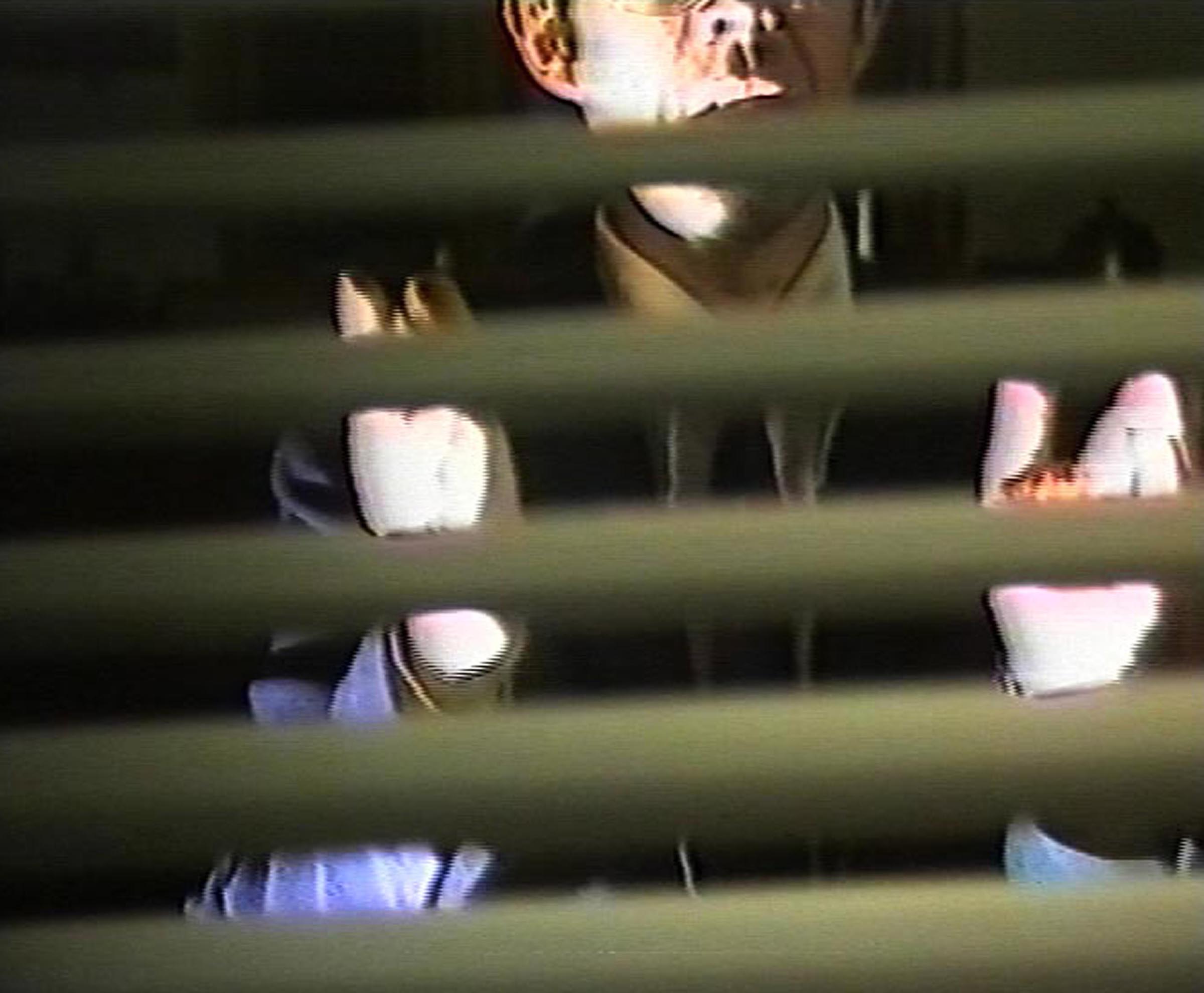 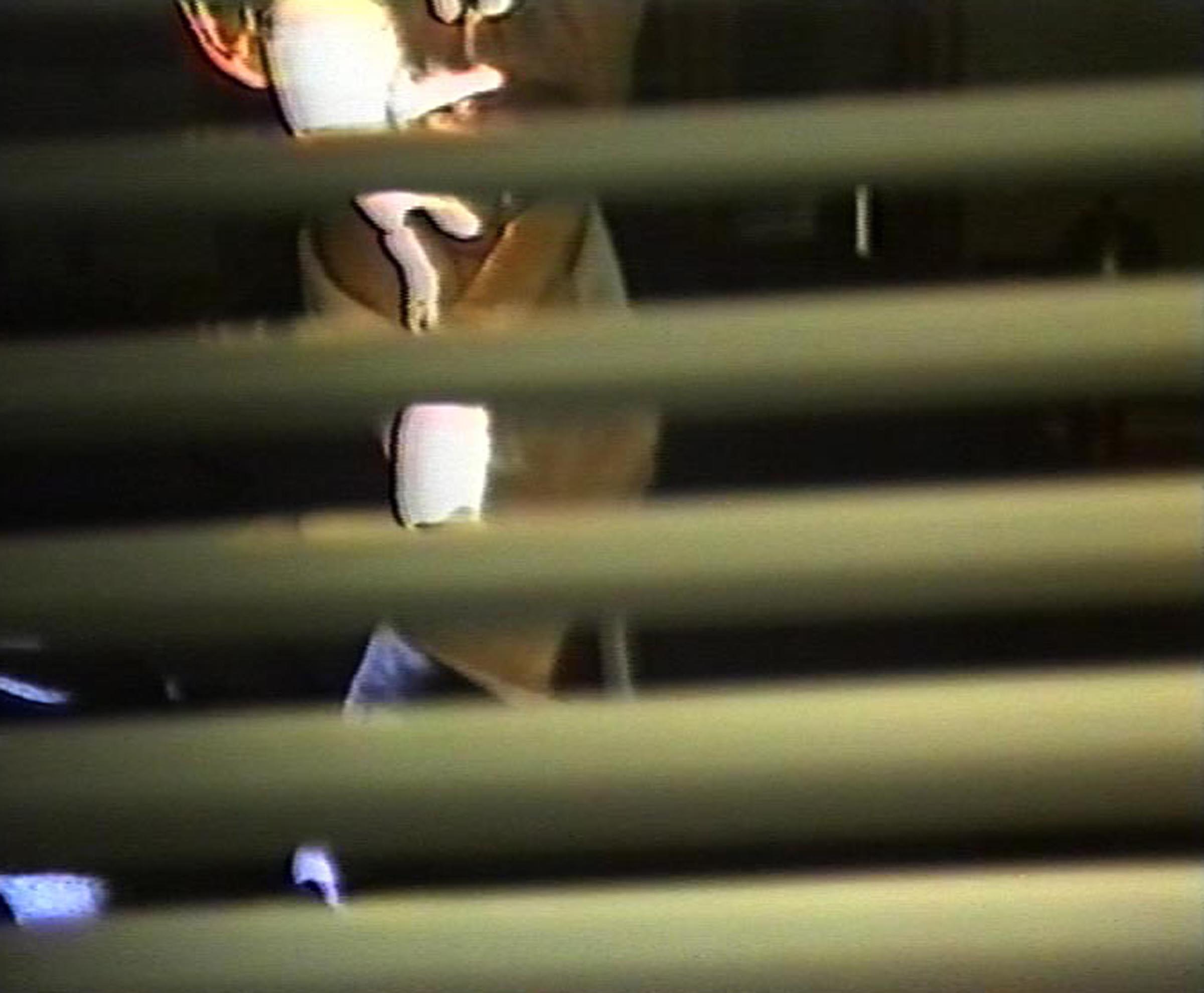 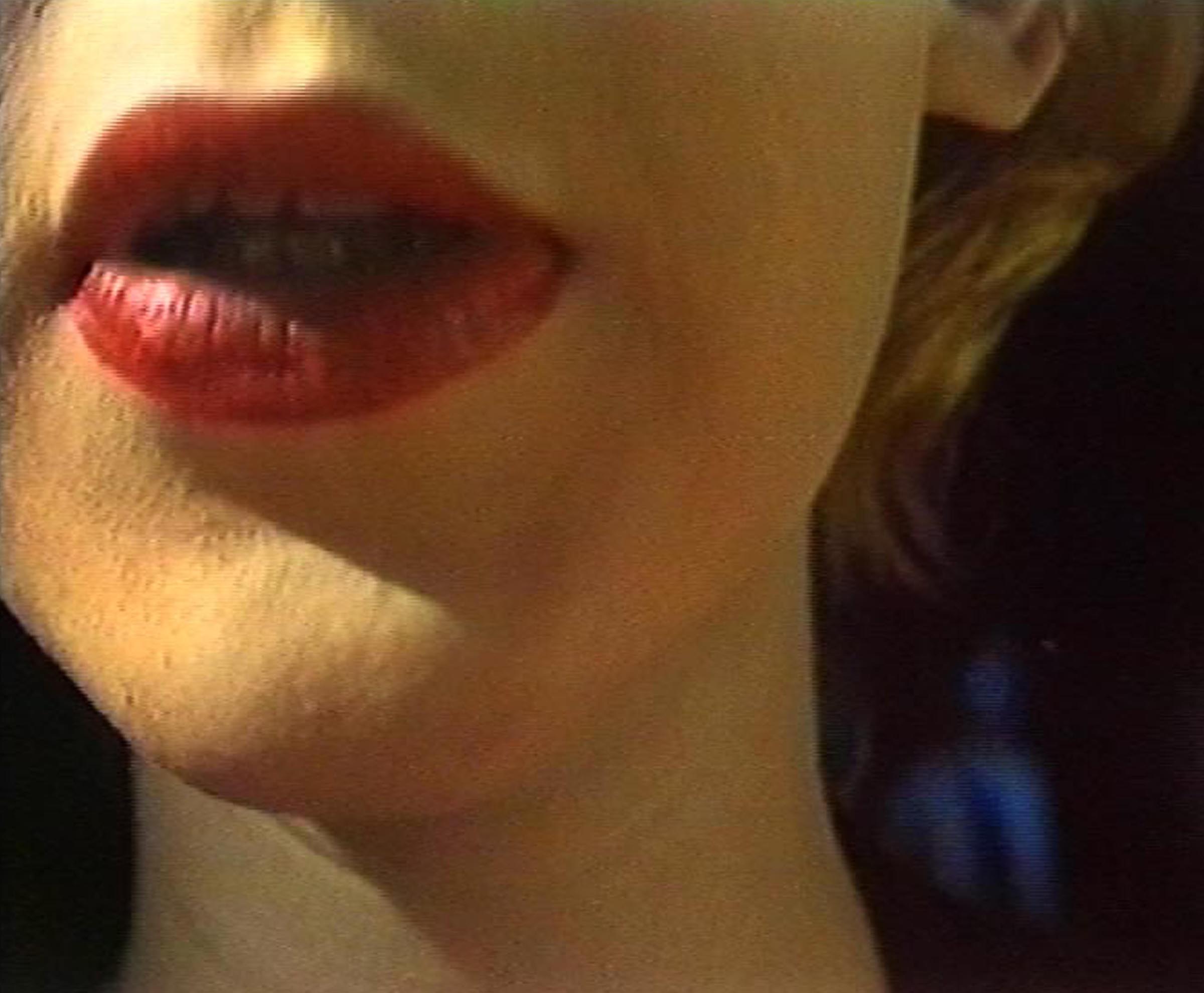 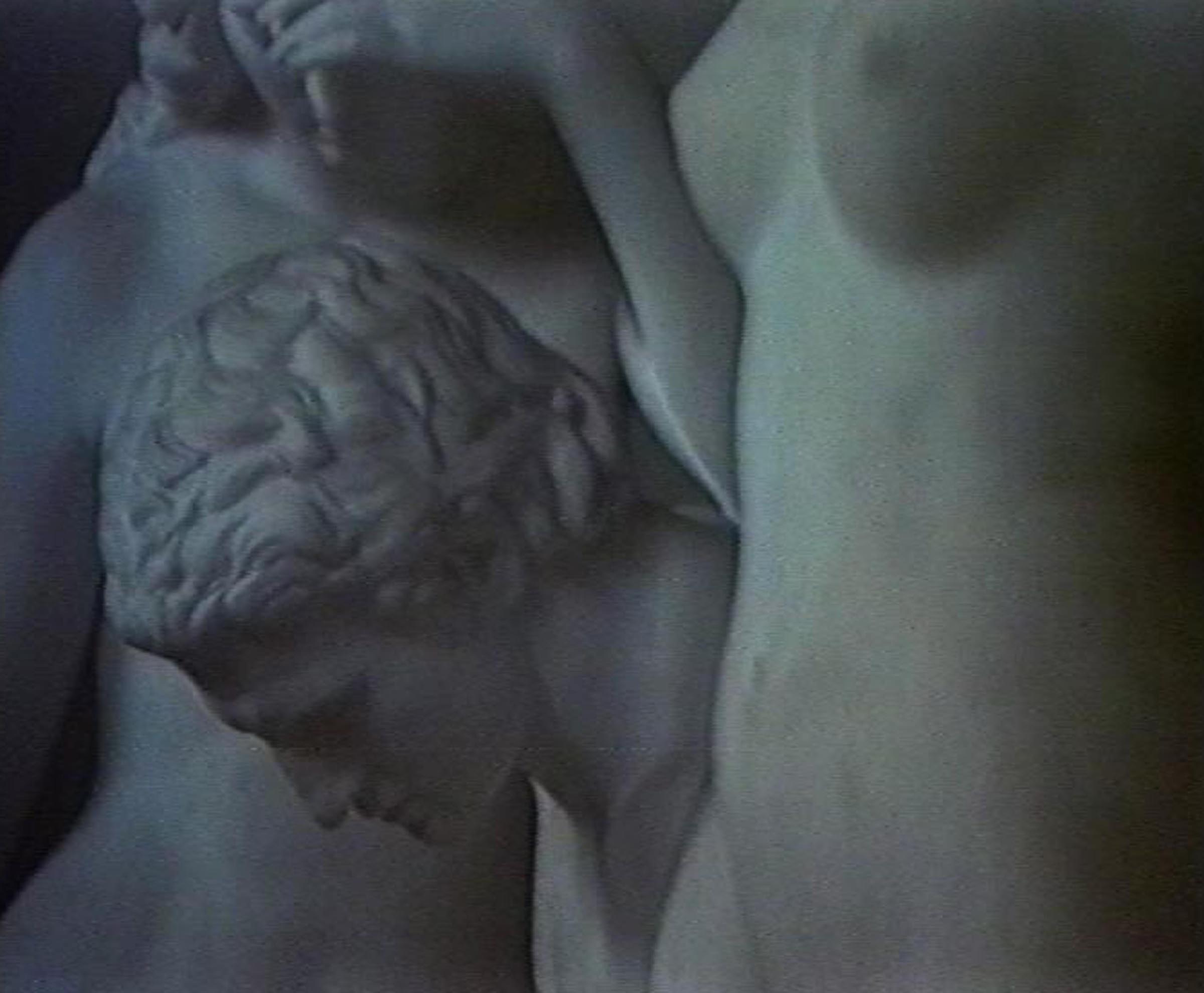 Space and time in Museums. B-Film for Museums was produced as part of the exhibition EXOPHYLIA at the National Museum, Copenhagen 1984. 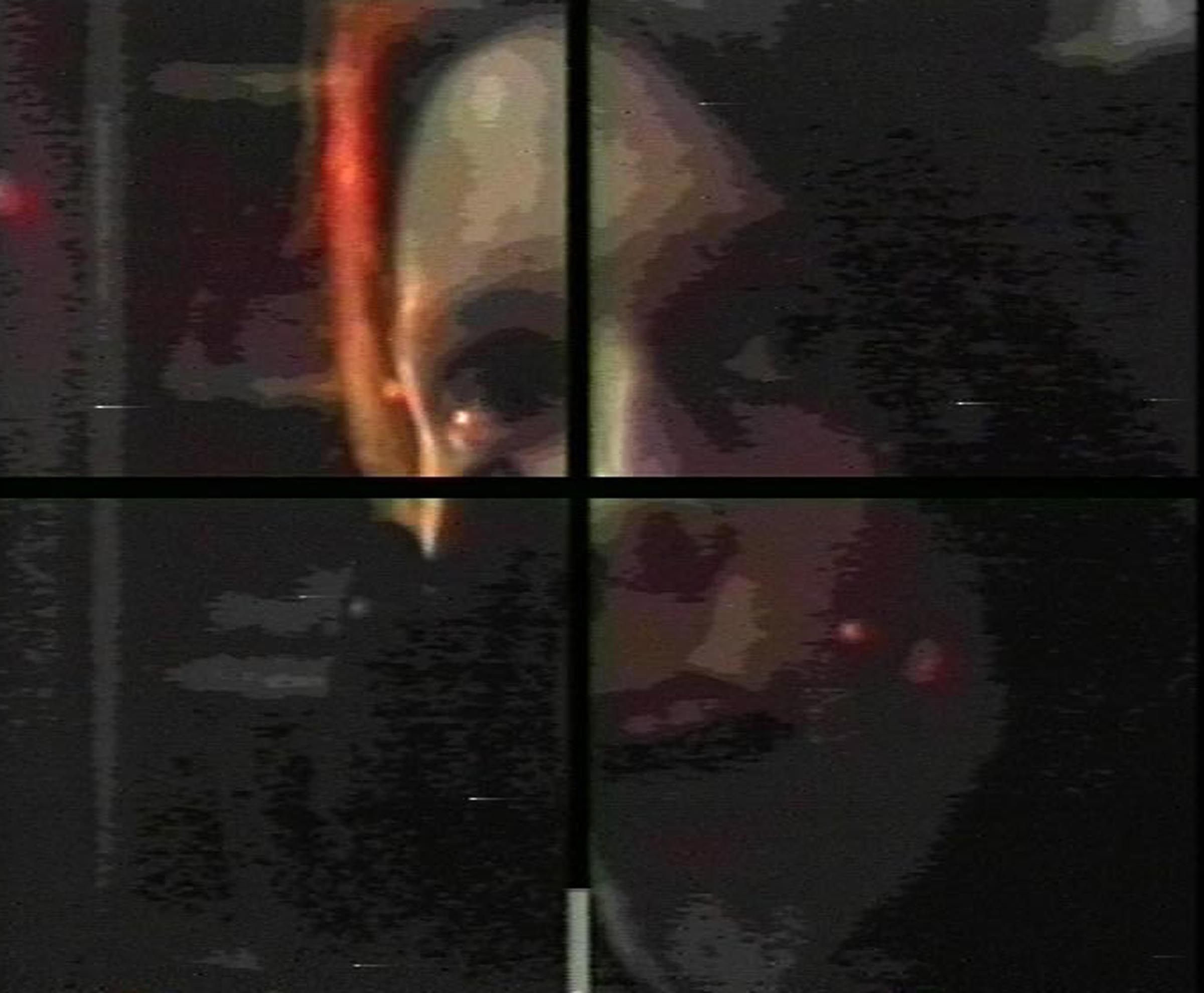 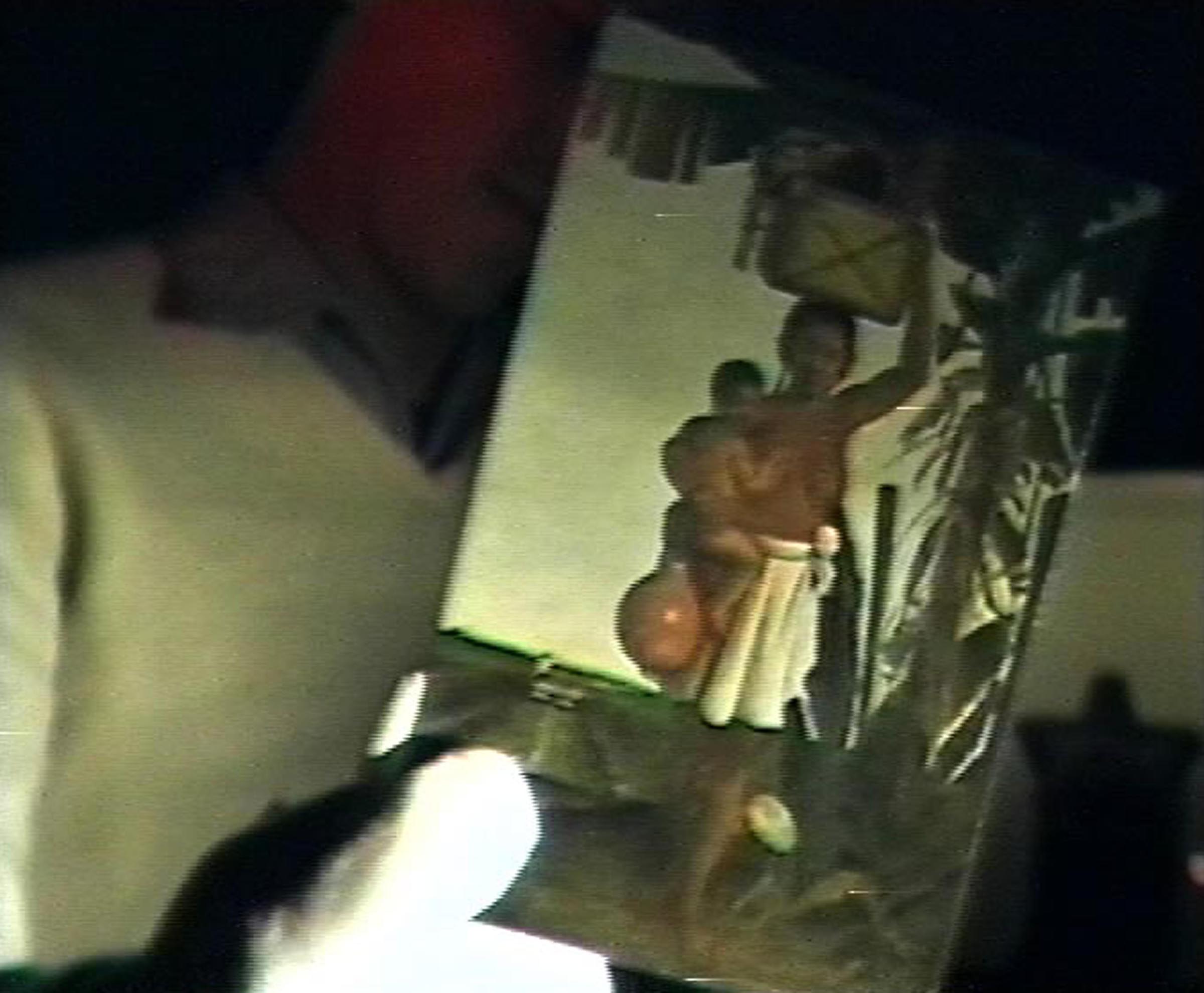 ”The Lord, the Fly and the I as spectator.
(The elevator 1,50 X 1,50 X 2,30)
The neon exposes all there is to see.
The electronic images become brighter; up or down.
The fly is reflected and sits comfortably in its spacious soul.
The elevator is suspended.
Illuminated buttons, a choice?
1-2-3-4-5-help-emergency stop. 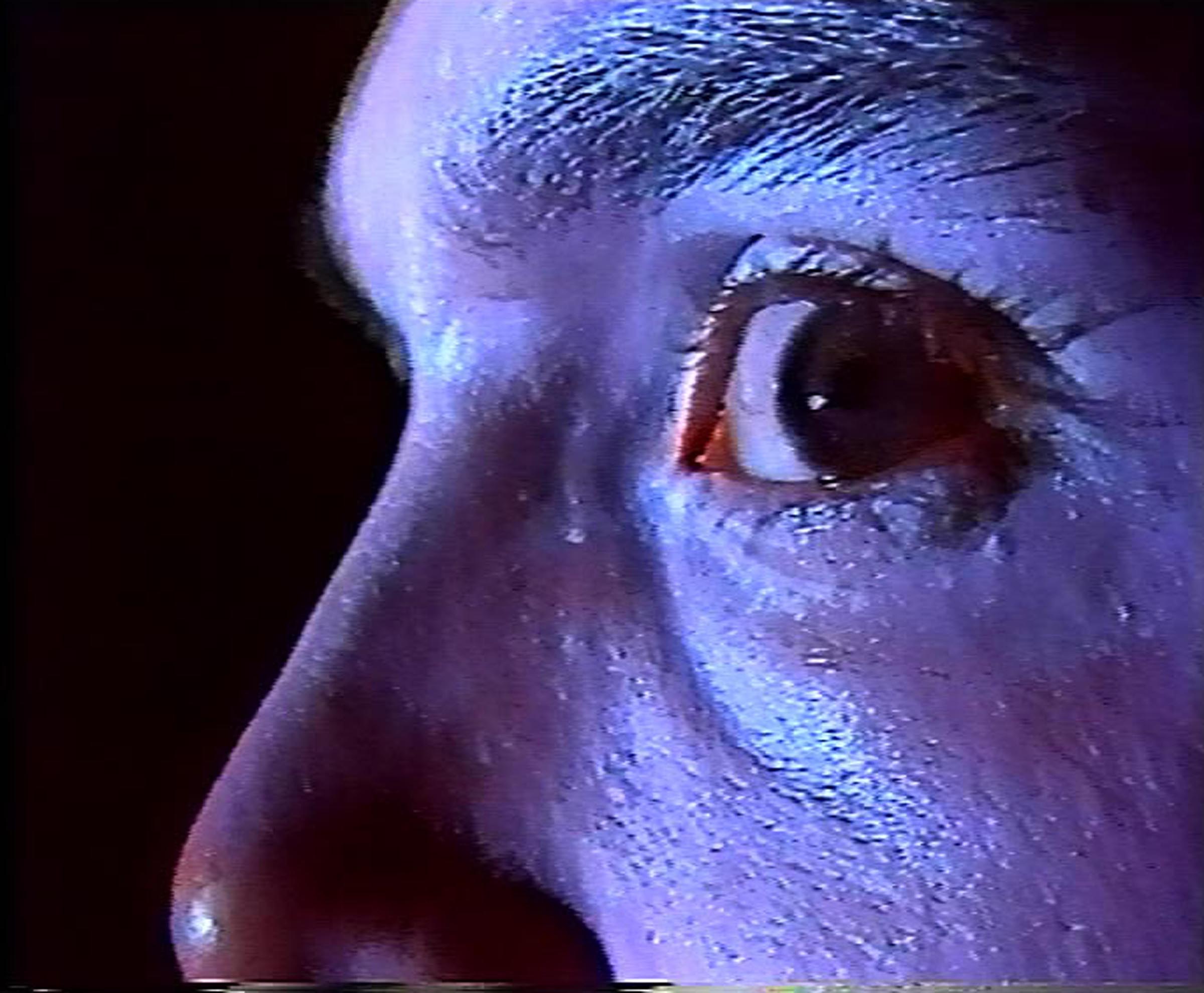 Video notes:
(A visit to the balcony)
Who enters my lift, the fly and a gentleman in a pin-striped suit.
Lets go together and practice things unconnected.
Joker text:
”I have my finest hour going up or down.”
”Come practice with me: I am, you are, he is.”
”I have no longer anything to confess.
An eventual confession will only occur in relations to the stage set.”
”Hi, I am the joker on the balcony.”

And the Sheik sings: ”Wait for me Dixi!” 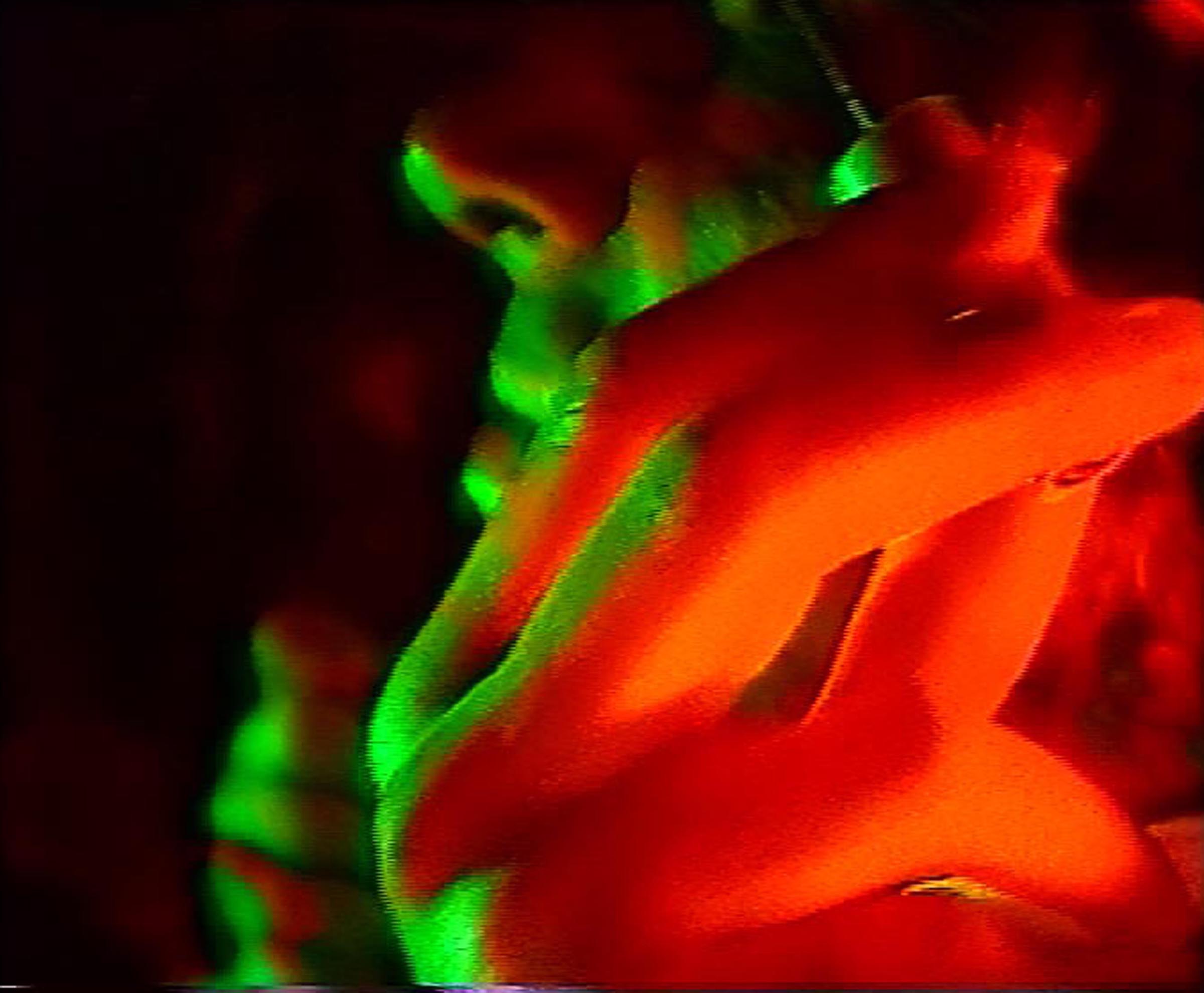 The Sunday Times:
As the trail opened in Torun last week of three policemen accused of murdering. Fr. Jerzy Popieluszko, the pro-Solidarity priest. The Sunday Times obtained an interview with Popieluszko’s driver, who was with the priest on the night he died. The accused officers are Captain Grzegorz Piotrowski 33. Lieutenant Waldemar Chmielewski 29 and Lieutenant Lezek Pekala 32. The priest’s driver, Waldemar Chrostowski, will give evidence at the trail, and the story he has to tell is almost incredible.

This article is the starting point for the video A Taste (The Driver’s Story). 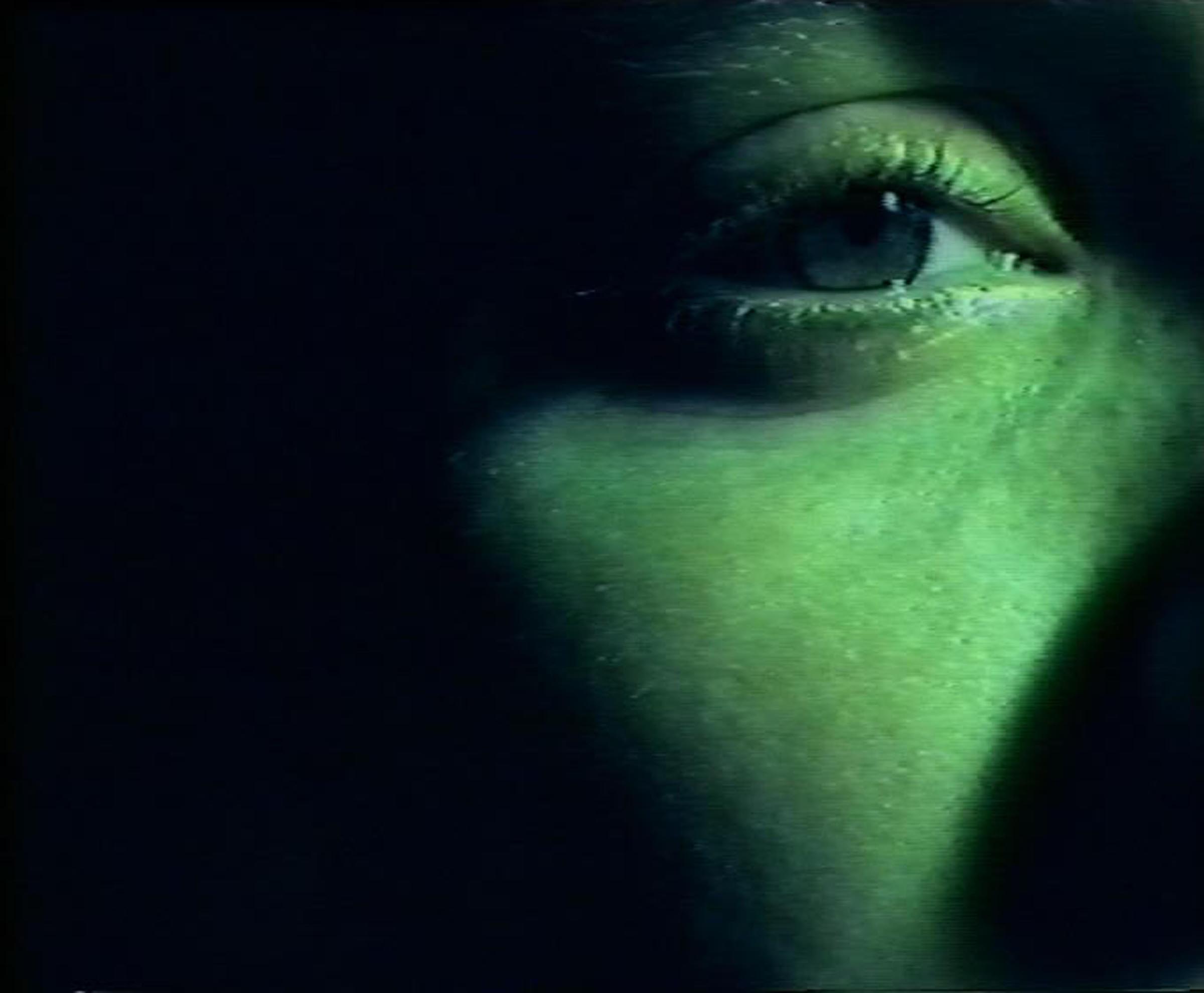 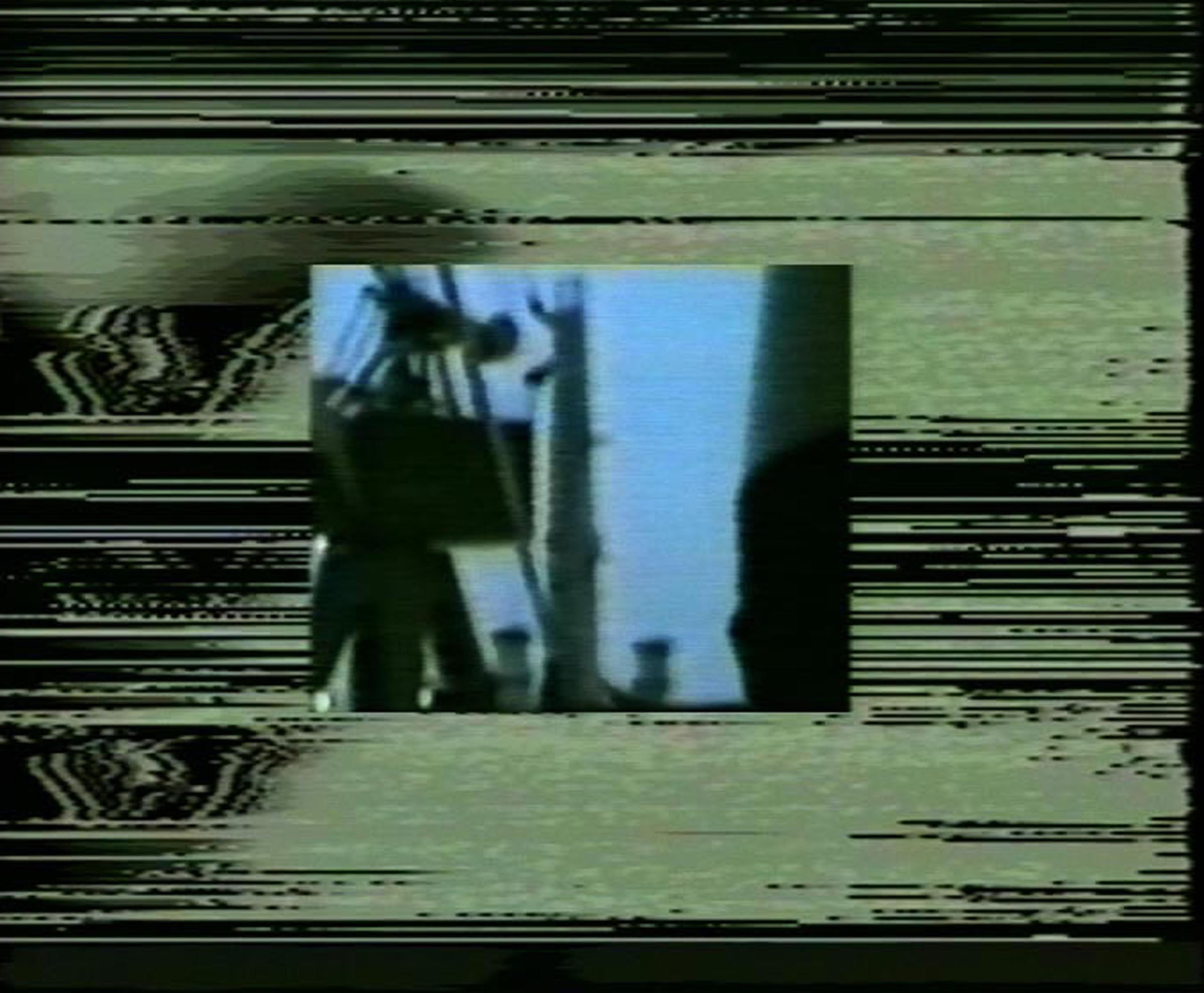